Welcome to the Vale & Downland Museum

The museum and coffee shop will be closed from Saturday 28th January at 2pm for approximately 3 - 4 weeks. 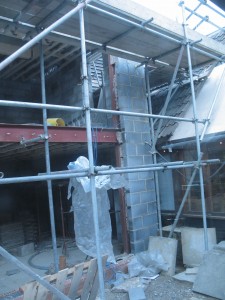 This is to enable the contractors to complete the next stage of the building programme. The new annexe will be joined  to the existing building, the foyer and coffee shop will have new flooring and the foyer area has to be revamped and painted. Please see the ‘What’s On’ page for alternative arrangements  for regular community and museum group events and meetings. We aim to open again by Monday February 27th at the latest. Check back nearer the time for the actual re-opening date. We apologise to all our visitors for the inconvenience caused.

Fund-raising for the £200,000 needed to complete the project continues. Please consider supporting our ‘Buy a Brick’ campaign. Ask at the museum reception desk for details.

The Vale and Downland Museum is located in the busy market town of Wantage in Oxfordshire, UK. The museum has been nationally acclaimed as an outstanding example of community partnership. The range of services is broad, ranging from galleries interpreting the cultural heritage of the Vale of White Horse region, to a cafe with a delightful terrace and garden.

Situated in Oxfordshire’s Vale of White Horse, and historically part of the Royal County of Berkshire, the Vale & Downland is one of the most popular museums in the area. Described by the Museums and Galleries Commission as a ‘model community museum’, it attracts about 53,000 visits a year. It attracts both local people and tourists, about a quarter of visitors coming from beyond Oxfordshire and Berkshire. The museum has grown steadily from modest origins in 1958 and celebrated its Golden Jubilee in 2008.

The museum entrance, Squires Room, Downland Kitchen and offices are in a converted 17th century cloth-merchant’s house. It’s a Grade 2 listed building and a fine example of local vernacular architecture. Behind it are the visitor facilities, in a 20th century extension with wooden crucks spanning two floors. The main gallery is also partly 20th century but includes the 18th century Hunt’s Barn, kindly donated by Thomas More Eyston and moved from the nearby village of East Hendred. The stores, workshop, kitchen and library are in an adjoining building, known as Legge’s Cottage.

The site was originally part of the medieval manor of Priorshold. The plot of land and the house were leased to Wantage tradesmen after the dissolution of the priory in 1538. Archives of the Dean and Chapter of Windsor show that the site was let to Alexander Doe in 1662 and then to William Hazell, a wheelwright, in 1683. Lawrence Hazell, a clothmaker, was responsible for the major rebuilding of the house in 1780, commemorated by the date stone bearing his initials over the central first storey window. In the mid-19th century the house became the doctor’s surgery and remained so until 1974 - hence its present name, the Old Surgery.

In the mid 1970s, the newly-formed Vale of White Horse District Council bought the site and leased it to the museum trust to provide a new home for the museum. The Vale & Downland Museum Centre formally opened in 1983 and major improvements to the main gallery were completed in 1999.

Entry to the Museum is free but we do ask that visitors make a contribution in the box provided.  The Museum relies on the generosity of its visitors and Friends to ensure it remains open.